Dr. Ichtertz's goal is to keep people feeling youthful and productive by preventing and eliminating painful or debilitating musculoskeletal conditions.

Part of Dr. Ichtertz's family came from Blue Hill, NE and ultimately ended up in Illinois. Dr. Ichtertz spent his childhood through college age in southern California and attended the University of Southern California (USC) graduating with a Bachelor's degree in biology. He then attended Baylor College of Medicine (BCM), the anchor of the Texas Medical Center- the largest medical center in the world. According to U.S. News & World Report, BCM has been among the nation's top 20 medical schools since 1994. After graduating from medical school Dr. Ichtertz completed his orthopedic residency at the University of California in San Francisco (UCSF). This is also a top tier medical center and northern California's premier tertiary care center serving very sick and unique patients. At UCSF Dr. Ichtertz spent a rotation with numerous experts in each of the subspecialties of orthopedics and general surgery. UCSF Department of Orthopedics is especially strong in total joint replacement and trauma. In fact, UCSF staffs the two largest county hospitals in northern California, San Francisco General Hospital and Highland General where Dr. Ichtertz served as chief resident. 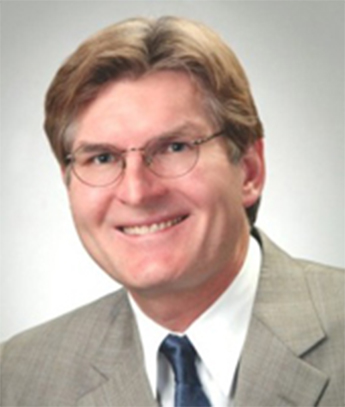 With the slopes of Lake Tahoe nearby and a huge population to draw from, this provided an excellent learning experience. During his residency Dr. Ichtertz won awards for clinical research on anterior cruciate ligament injury as well as x-ray techniques in the evaluation of knee arthritis. He also did additional research on ankle fracture management leading to the publication of revolutionary ankle fracture management without a cast but allowing immediate weight bearing! His research proved that casts are not necessary after operative stabilization of fractures in ankles. Thus, Dr. Ichtertz's ankle fracture patients are able to return to work almost immediately consistently outperforming patients treated by his contemporaries not following the research. Dr. Ichterz was exposed to microsurgery at the Ralph K. Davies Medical Center under the late Harold Buncke, MD, the father of microsurgery.

After residency, Dr. Ichtertz completed an upper extremity fellowship at Loma Linda University Medical Center under the tutelage of five skilled hand surgeons led by Virchel Wood, MD, the emeritus chief of the hand division and renowned pediatric hand surgeon and thoracic outlet syndrome researcher. With Dr. Wood, Dr. Ichtertz published a landmark research study on reconstruction of the rheumatoid hand in the Journal of Hand Surgery as the opening article. This was presented by Dr. Ichtertz at the American Society of Surgery Hand Meeting in 1987 and also at the American Society for Hand Surgery in Puerto Rico also in 1987 and by Dr. Wood internationally. The treatment protocol proved that rheumatoid hand deformity could be corrected and the need for small joint replacement of the hand could be prevented.

Dr. Ichtertz has been practicing orthopedics and hand surgery with an emphasis on peripheral nerve entrapment of the hand and feet as well as rotator cuff problems of the shoulder since 1987. Dr. Ichtertz is American Board of Orthopaedic Surgery (ABOS) certified in orthopedics and has earned his Certificate of Added Qualifications in Surgery of the Hand (CAQ Hand).

Dr. Ichtertz was in practice for one year in Sedona, AZ, and found the climate disagreeable and moved to Santa Cruz County where he held down a two-office practice for eight years in orthopedics and hand surgery whereupon he moved to Grand Island, NE. After a year and a half at Orthopedic Specialists he founded his own practice, Nebraska Hand & Shoulder Institute. The Carpal Tunnel Relief Center was initially established in Lincoln and then expanded to four offices which included Grand Island, North Platte, and Omaha.

Dr. Ichtertz has been innovative in developing better techniques for clinical diagnosis and treatment protocols. He holds the national record for helping patients stay at work or get back to work most promptly. For example, his endoscopic carpal tunnel release patients and cubital tunnel patients are often back to work within 24 hours. This allows him to remain on the job, avoid loss of income, and achieve the best outcome. He is among the few orthopaedists who conduct ongoing outcome studies with less than 1 in 4 groups and even less than that in solo practice doing this careful monitoring. This ensures optimal results and continued improvement in diagnosis and treatment.

Dr. Ichtertz was among the first to adopt arthroscopic knee meniscus repair in 1984. He invented percutaneous wrist denervation in about 1989. He began offering endoscopic carpal tunnel release in 1991, percutaneous trigger finger release in 1997, arthroscopic outer clavicle excision for AC joint arthritis in 1999 and arthroscopic rotator cuff repair in the early 2000s, and endoscopically-assisted cubital tunnel release in 2010. The newest addition to his repertoire has been basilar thumb denervation as an alternative to basilar thumb reconstruction for advanced arthritis. He is among the few internationally offering this treatment. Dr. Ichtertz is among the few specialists who understand how to interpret nerve conduction study, so important in the evaluation of both upper and lower extremity pain situations. In-office nerve conduction testing is available, and necessary, in the proper diagnosis and treatment of entrapment neuropathy such as carpal tunnel, cubital tunnel, and tarsal tunnel syndromes. All offices are easily accessed by airport and/or I-80..

Even Dr. Ichtertz has some spare time. He enjoys flower gardening and culinary adventures with his wife, a native Nebraskan, trying to improve his photography skills, and skiing. He is also a certified scuba diver and a sailboarder.

Dr. Ichtertz has very carefully scrutinized the applicants who work in his office. All of our current staff have attended college. He has two nerve conduction technicians. Dr. Ichtertz has an x-ray supervisor certificate and performs his own digital x-rays when indicated for quality control. He also employs skilled billing personnel who will go to bat for you as much as they can with your billing needs.

"My first carpal tunnel surgery was open release. I was in heavy bandages for about two weeks. It hurt a great deal for a long time. Could not eat with my right hand at all. It was very awkward. Couldn’t do much of anything for nearly three weeks. When I had my second carpal tunnel surgery on my left hand by Dr. Ichtertz it was so different. I had bandages for a couple days and then it was more like bandaids! I could use my hand (carefully!) almost immediately. The difference was unbelievable! Wish I had found Dr. Ichtertz for the first surgery. Dr. Ichtertz was also available to fix trigger finger—my left hand little finger. Cleared up right away. Thank you, Doctor." — J. Malot, R.N.